MAB Powertec employees Markus Merta and Anna Pääkkönen spent the day with a film crew at Lounavoima’s waste-to-energy power plant construction site in Salo. During the filming, key partners of the power plant project were interviewed for Lounavoima’s upcoming interactive brochure, where e.g. partners will tell about their services during different stages of the project. In addition to a general and technical presentation of the plant’s operations, the brochure will also highlight the many benefits that the plant brings to the surrounding areas and the environment.

During this unusual workday, interviewees and other participants got to see different parts of the power plant from a new perspective. Alongside the interviews, Anna and Markus toured the site of the power plant, that is being prepared for commissioning. “The commissioning phase of the Korvenmäki plant has begun and the hustle and bustle is rather apparent on site. Different workers can be seen here and there, sounds of metal clanging can be heard from one direction and welding from another. Shooting the brochure video was exciting and fun in a challenging shooting environment. The calmest part of the day was probably when we were shooting inside the boiler itself. As we were standing on the grate in the boiler (which in itself was an unforgettable experience), we imagined what the interior would look like next year when the plant was running a normal daily routine,” Markus says amazed.

The brochure will be published this autumn on Lounavoima’s website as well as our website. Stay tuned! 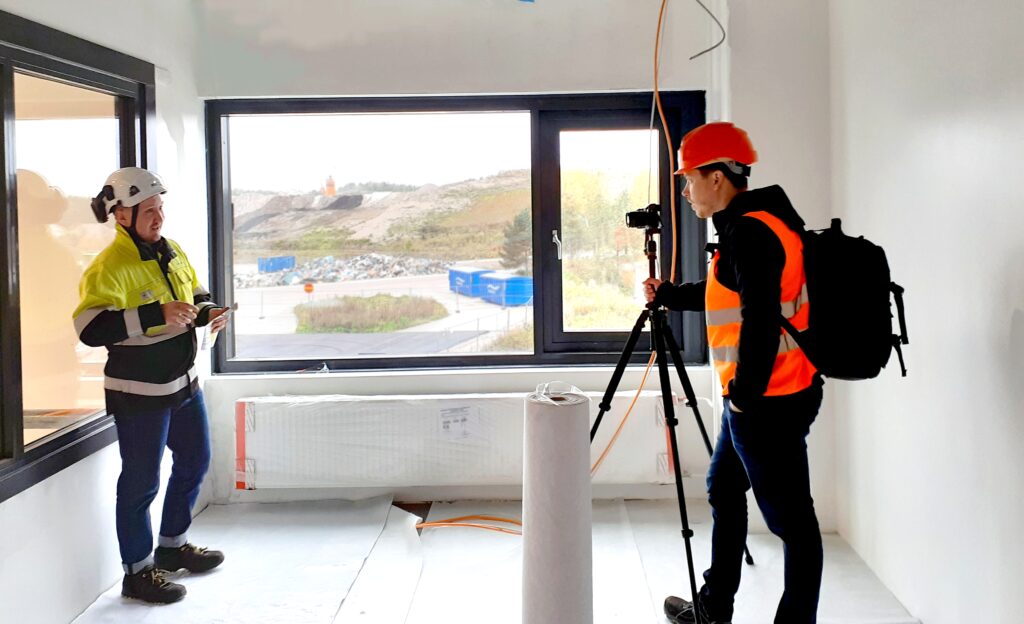 MAB Powertec is responsible for the customer’s project and engineering services during the project phase of the construction of the power plant. The plant, which will be completed in summer 2021, will produce about 90% of Salo area’s district heating and will replace a large part of the use of fossil fuels in Salo’s district heating production.